With a world of veggie burgers to choose from at the grocery store, making a decision can feel like Mission Impossible. We tried and tested 19 veggie burgers (yes, 19), and compared their taste, nutritional information, and how well well they hold up on the BBQ.  Basically, we ate our weight in veggie burgers to save you from doing the same.  Consider this your complete guide to veggie burgers whether you’re an avid meat eater, new vegetarian, or have sworn-off meat for life.

I remember when I was in university and there being ONE option for a veggie burger at the grocery store (it was Money’s Mushroom Burger… and it was really good for the record). With an increase in demand for more plant based options times have certainly changed.  You’ll now find oodles of options for veggie burgers at every grocery store, and the category is expanding by the day. So, what is a person to do with all of these options?  We decided to eat our way through the veggie burger aisle and in the end, broke the burgers into 2 categories: traditional veggie burgers and those that are trying to replicate the experience of eating meat.

The truth is, people eat veggie burgers for different reasons.  Some people choose them because they don’t like the taste of meat, others are trying to make healthier options while a growing number of people are trying to make a more ethical decision for the sake of the animals or our planet.

We included a little summary of each burger below including if they are vegan and/or gluten free, some tasting notes, how they held up during cooking and some key nutrition takeaways.  If you are looking for more detailed nutrition information we included a chart that breaks it down further even down to the cost per burger and if it is certified gluten free or just labelled gluten free (note: the price listed was what we paid for the burgers, this may vary)! While there was a lot of variation among the burgers, we found that every veggie burger we tested was better when pan fried vs on the BBQ – the burgers were more moist and held up a bit better.   That being said, all but one held up on the BBQ.

Though we would have loved to try every flavour variety in each brand family we simply ran out of belly (and freezer) room! We picked what we thought would be the most popular flavour out of the ones available.

Scroll down to the bottom for our top pick from a nutrition angle and our first choice (with a runner up) from a taste perspective!

These burgers resemble the texture, and to some degree the taste, of a ‘real’ burger.  These burgers are typically more processed than the traditional veggie burgers listed in the next section. They also tend to contain more protein and fat compared to the traditional veggie burgers and more closely resemble the nutrition profile of a meat burger (usually).  All that being said, if you are looking for a true burger experience these are your best bet! These burgers tend to be made from grains and/or vegetables, tend to be less processed and have a more distinct plant-forward flavour.  As such they tend to be higher in fibre but often lower in protein.  These burgers don’t pretend to be meat – they own their veggies!  It’s a different experience altogether but they are super satisfying and delicious in their own unique way. 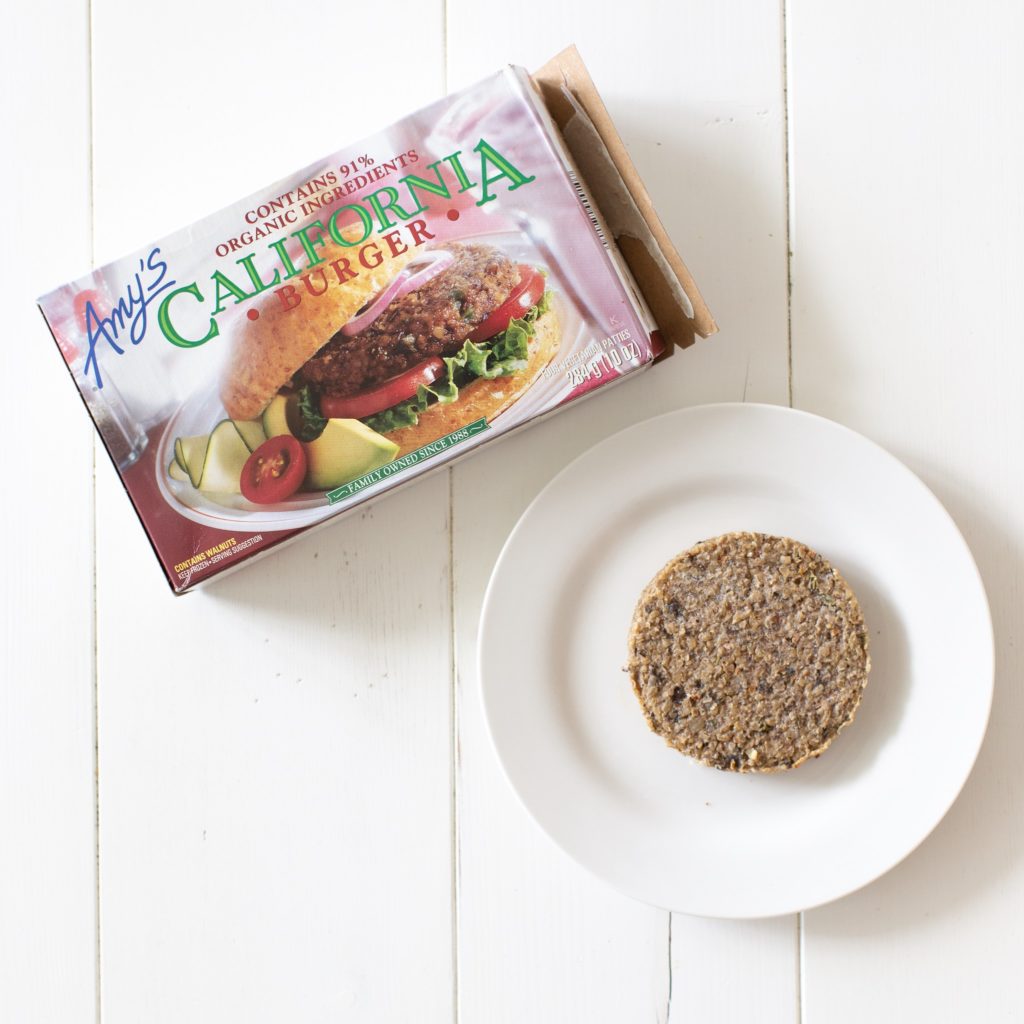 You can find a full breakdown of nutritional facts and product information here in a table.

We loved the amount of diversity among these different burgers! While every burger had it’s own strengths, we’ve chosen our favourite for taste and crowned a winner for the most nutritious.